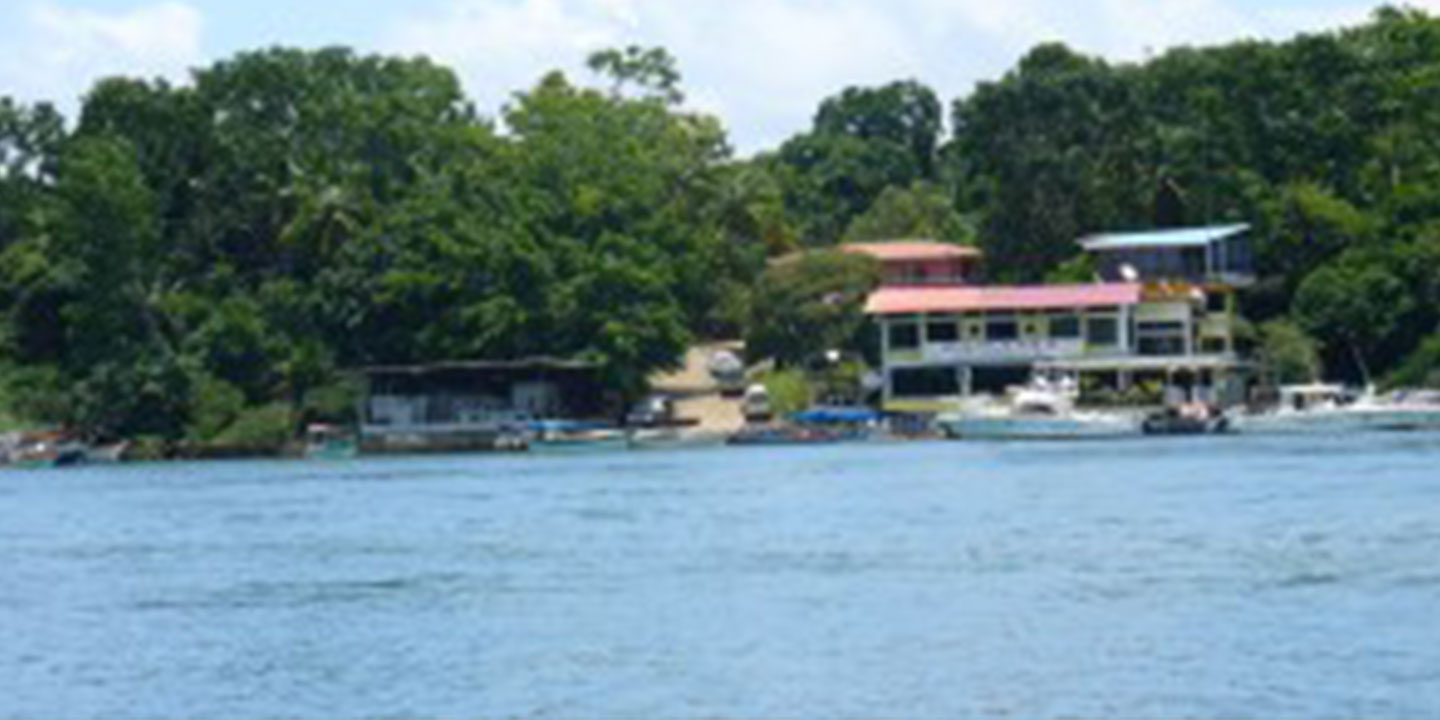 Boca Chica is currently about an hour and a half from David on the Pan American Highway.  Once the highway construction on the Pan American is done the drive should only take about 30-40 minutes.The turn off is at Hwy 407 to Horconcitos.  You will drive through the beautiful scenic countryside of the San Lorenzo District in the Chiriqui Province. The largest town in this area is Horconcitos with a small population of fewer than 1,000.

Boca Chica is about another 15 minutes further and this is where the road ends. Boca Chica is a small community on the peninsulas mainland with a population of only 400 people. Small homes dot the two block long main street that goes downhill to the pier. There is a small local grocery, no gas station.

In recent years there have been several small hotels built along the shoreline. They are scattered among the bluffs in seclusion of each other, offering bed and breakfast retreats with deep sea fishing tours, snorkeling, diving as well as kayak rentals.

There are a total of 16 islands that make up the archipelago in this region. Boca Brava is the nearest island and only a 5 minute boat ride away.  The boats will normally take you to the beach of your choice or to the Boca Brava Hotel or the Cala Mia Resort for about $3.00 each way.

Boca Braca is 6 kilometers wide and 14 kilometers long. It has over 280 species of birds, monkeys and as well as snakes, iguanas and armadillos.

There are no stores, roads or any other amenities on the island except the two small hotels which have restaurants. The beaches are accessed by a winding trail through a thick jungle with adjacent trail heads that wander down the steep paths to the beaches below. From the Boca Brava hotel the Playa de Piedritas beach is about a 20 minute hike. Playa de Arena is another 10 minutes. Making sure you visit during low tide is a must, if you actually want to be on a beach. Otherwise at high tide the water is right up to the banks of the island. The main path has access to all beach areas where you can swim in calm water.  Wear hiking boots or good slip proof sandals and make sure to bring water to the beach areas.

Snorkeling and diving trips are available from Boca Chica. These day trips go to the outlying islands where the tropical fish are plentiful and undisturbed.

The area around Boca Chica is full of wildlife, coral reefs, whales, turtles, sharks and dolphins. Boca Chica is where the boats leave from for all the whale watching tours during the months of August, September and October. In addition, Boca Chica provides deep sea fishing charter tours where you can catch marlin, tuna, grouper, snapper, sailfish and more. 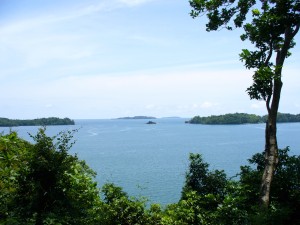 Also in this region lies the Golfo de Chriqui National Marine Park. This is a national marine park that protects over 58 square miles of marine ecosystems as well as 25 islands. Only two of these islands are inhabited.

The region surrounding Boca Chica and the islands offers a great way to get to know Panama’s natural beauty undisturbed.